Our most recent show results 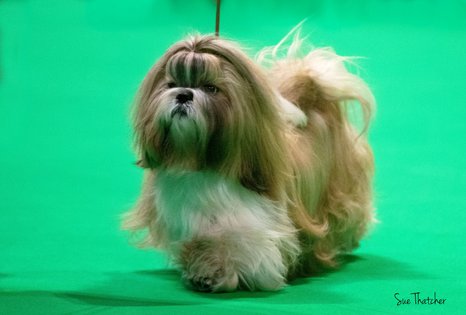 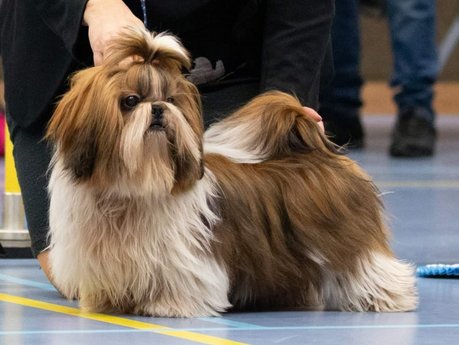 Odin (Ziams Flying Dutchman) at the KCM in Oktober 2019

On the 24th of August we went to IDS Rotterdam where Odin had his debut in the showring. He became 1 in the babyclass with a very promising despite being scared of the announcer who started just as he was in the showring.

Taizo competed as well, for the first time in Championclass and became third with an excellent. 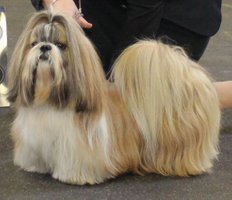 At IDS Goes on the 20th of April 2019 Taizo was 1st in Open with Excellent and  won CACIB and Reserve CAC. With that he qualifies for the title of International Champion!

At the 17th of Februari we attended the show in Zutphen. For me a good moment to test my knee as I have some troubles with inflammation in there. Taizo showed his socks off as usual and became third with Excellent. 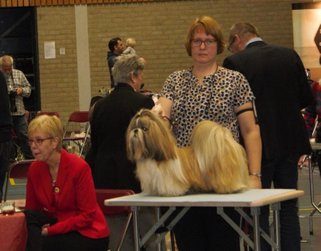 At the Holland Cup on the 13th of December in Amsterdam Taizo became first in open class. At the Winner show the next day he became 4th with a Very Good. Oh well, you win some you lose some....... 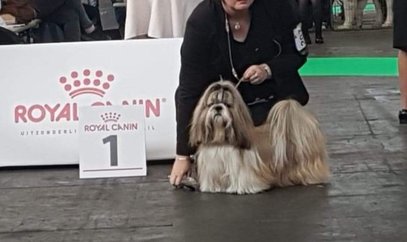 At the International Dogshow in Kortrijk Belgium on the 17th and 18th of  November both boys did very well. Taizo won his third CACIB in the third country.

He has won a lot in the last 18 months since he became veteran, an overview of the highlights  you will find in the picture below. 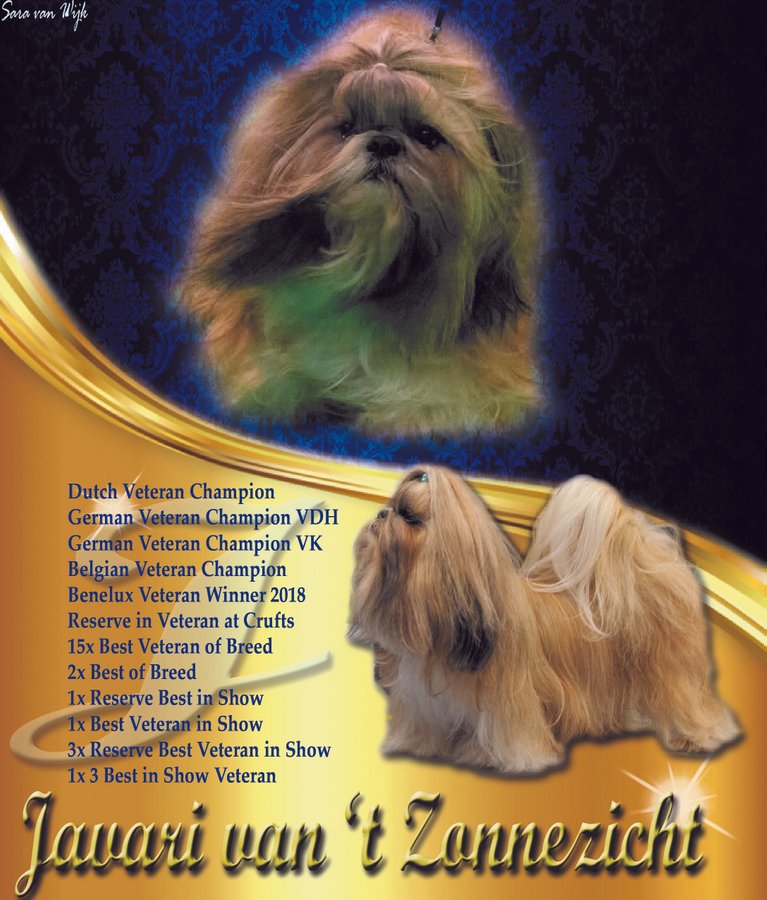